Watch Wonder Woman ‘84 and Battle Cheetah in the Comfort of Your Own Home With This LEGO Set, Now $32

Scott Kelly, Who Spent a Year in Space, Shares Tips on Isolation

by msmash
Scott Kelly, writing for The New York Times: Being stuck at home can be challenging. When I lived on the International Space Station for nearly a year, it wasn't easy. When I went to sleep, I was at work. When I woke up, I was still at work. Flying in space is probably the only job you absolutely cannot quit. But I learned some things during my time up there that I'd like to share -- because they are about to come in handy again, as we all confine ourselves at home to help stop the spread of the coronavirus. Here are a few tips on living in isolation, from someone who has been there. Follow a schedule: On the space station, my time was scheduled tightly, from the moment I woke up to when I went to sleep. Sometimes this involved a spacewalk that could last up to eight hours; other times, it involved a five-minute task, like checking on the experimental flowers I was growing in space. You will find maintaining a plan will help you and your family adjust to a different work and home life environment. When I returned to Earth, I missed the structure it provided and found it hard to live without. But pace yourself: When you are living and working in the same place for days on end, work can have a way of taking over everything if you let it. Living in space, I deliberately paced myself because I knew I was in it for the long haul -- just like we all are today. Take time for fun activities: I met up with crewmates for movie nights, complete with snacks, and binge-watched all of "Game of Thrones" -- twice.

Update: Promo code KINJAGRIPS is working now, sorry about that!

So with how the 3-and-1 structure works could you technically keep us on Ravnica forever? 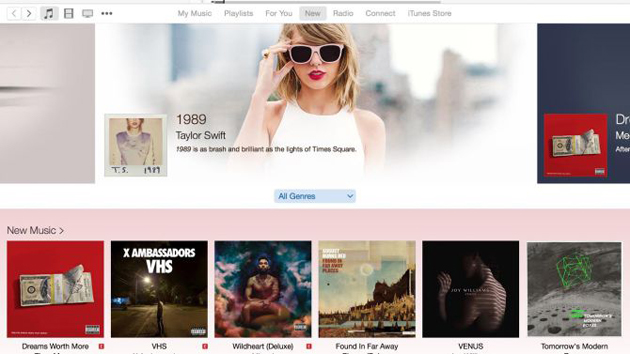 Apple released a new version 12.2 of iTunes for OS X and Windows this week as part of the launch of its Apple Music service. The initial reactions from users are anything but positive. But aside from obvious bugs, there's a bigger problem: iTunes nee...
17 Jul 17:51

As children, we gradually start to think straight.  We realize that the xapiri [spirits] really exist and that the elders’ words are true.  Little by little, we understand that the shamans do not behave as ghosts without a reason.  Our thought fixes itself on the spirits’ words, and then we really want to see them.  We take hold of the idea that later we will be able to ask the elders to blow the yakoana into our nostrils and give us the xapiri’s songs.  This is how it happened for me a long time ago.  The spirits often came to visit me in dreams.  This is how they started to know me well.

For those who are willing to swerve in the direction of the mystical, I recommend this strongly, read the Amazon reviews at the first link above.  Here is a brief excerpt from one: “This is an astonishing book, a gripping story, and a poetic revelation of an entirely different world view than our own. Every single page sparkles with provocative meditations on the impact that industrial societies have on the environment and the role of Yanomami shamans in protecting it for the sake of all humanity.”  You won’t find cost-benefit analysis here.  Here are some selections from the book.  Here is one blog review from LSE.  Google is not turning up too many other reviews, but this came out in late 2013 and it is a truly significant work deserving of further attention and it is rather dramatically under-reviewed.

Buying gifts is a pain in the ass. The giver wastes time, money, and mental energy. And the unlucky recipient normally sees the gift as what I call pre-garbage. Your pre-garbage is the stuff you plan to discard for one reason or another, but until that happy day it will take up space in a junk drawer, closet, or garage. Gifts are the walking dead of possessions.

Kids and newlyweds are still fair game for gifts. They generally appreciate what they get. And graduates are usually happy with their cash, laptops, and new cars if they are lucky. But for the typical adult-to-adult gift, it's hard to see it as a good use of time.

We humans have evolved with a reciprocity impulse, and a sharing impulse. So we can't stop giving even though the giver is not advantaged by the gift. We need a new solution for gift-giving. I have just the idea.

I call my idea the Money Toilet-Shredder.

It looks like a toilet, but it has no plumbing. Instead it has a shredder in the bowl area. It also has Wi-Fi, a processor, and a web cam to record what happens around it.

The camera comes on. The shredder powers up.

Now smile into the camera, toss a handful of your hard-earned cash into the shredder and say some version of "Happy birthday, Timmy. I'm shredding fifty dollars for you." Then you send your video to the lucky recipient of your generosity.

The theory behind this invention is that happiness is based on a comparison of your situation to your peers. When someone shreds their own money for you, your happiness should increase because your net worth is instantly higher on a relative basis.

Shredding your own money is also a sacrifice. People see sacrifice as a sign of love, affection, and respect. So it works on that level too.

They say it's the thought that counts with gifts. You'd still have to do some serious thinking before using the Money Toilet-Shredder in order to arrive at a proper dollar amount. You can't be sure how much the people in your life are worth until you think long and hard about their contribution to society, their general level of personality dysfunction, their life expectancy, and that sort of thing. If someone in your circle pencils out to seven dollars in gift value, no one can say that's your fault. You put in the thought and that's where the numbers fell.

I will grant you that this idea is only second-best compared to pretending you gave a gift in someone's name to an environmental cause. That's still the gold standard in this genre. But if you're not comfortable with lying, the Money Toilet-Shredder might be the solution for you. It's honest and it conforms to science. The only downside is that it associates a person's special day with a toilet. But let's be realistic about the so-called special days.

Consider your birthday. That commemorates a day you hurt your mother and did absolutely nothing useful for society. Should you be rewarded for THAT???

Then there's Christmas. I'm no religious scholar, but I'm fairly certain you did nothing to help out with the birth of the savior. And there's a good chance you're a sinner. Why should we reward YOU???

Valentine's Day is more of a practical joke on men than a real occasion.

I could go on. But it's probably better if I don't.

Author of How to Fail...

The Girls Enjoyed Their Time At the iHeart Radio Music Awards

iHeart Radio inaugurated its first ever music awards and they went straight for the young teen girl popularity jugular. They didn’t even pretend like the Grammy’s still do or the American Music Awards or even the MTV whatever the fuck they do in between pregnant teen girls beating each other reality shows. Rihanna was awarded the best artist of the totes magotes. Then they actually gave an award to her official online fan group, the Rihanna Navy. It’s like the Mexican Navy, but with trendy tops and print skirts instead of just gonorrhea. Ariana Grande was given an award for being a young influencer. What she influences was not really spelled out, but I’m going to assume they meant underaged girls getting half naked in selfies. The pedophiles seemed pleased and applauded with one hand. Miley Cyrus won an award for best lyrics for Wrecking Ball, despite nobody pointing out that she didn’t write the song. Teen hearthrob Austin Mahone won the Instagram Award, which is the fake award you give to the dumb hot chick you’re trying to bone in your office. The award show made a big deal out of EDM since that is the genre young girls searching for even crappier music than Miley and Rihanna have turned to while waiting for boys to start having sex with them and making them listen to rock. According to all the public relations newsflashes I received, the evening was a great success. Though it would’ve been much better if Chris Brown had escaped his jail cell six blocks down and come over looking for his woman. Angry Chris Brown versus Rihanna Navy would’ve been epic.